Skip to the content
In ancient India,Lust was used to kill people who were going for wars.
The blood of Visha Kanya was poisonous to others.But it does not affect them.
The story goes that young girls were raised on a carefully crafted diet of poison and antidote from a very young age, a practice referred to as mithridatism
Although many would not survive, those that did were immune to other poisons and their body fluids would be poisonous to others; sexual contact would thus be lethal to other humans.
There also exists a myth that says a Visha Kanya can cause instant death with just a touch.
Listen to any free Audiobook here-Free Audiobook by Audible
Some Sanskrit sources narrate that a Visha Kanya was sent by Nanda’s minister Amatyarakshasa to kill Chandragupta Maurya and Chanakya diverted them to kill Parvatak. 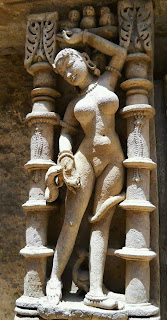