Recently while reading Yuval Noah Harari’s  Sapiens I found an interesting excrept from it.

During World War Two, BBC News was broadcast to Nazi-occupied Europe. Each news programme opened with a live broadcast of The Big Ben tolling the hour — the magical sound of freedom.

The Genius German physicists found a way to determine the weather conditions in London based on tiny differences in the tone of the broadcast ding-dongs. 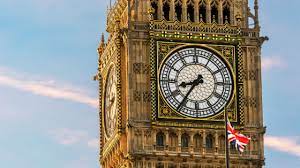 This information offered invaluable help to the Luftwaffe.

Luftwaffe is a generic German term for an air force. It was also the official name for the Nazi air force founded in 1935. Led by Hermann Goering, it became the largest and most powerful in Europe by the start of World War Two. 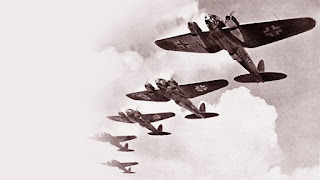 Image-The Luftwaffe soaring above the grounds during WW2.

The Luftwaffe could now use the information of the weather in London to make valuable decisions in the war.

When the British Secret Service discovered this, they replaced the live broadcast with a set recording of the famous clock.

The World War 2 was not only fought physical grounds,but also on mental grounds too.

Unrelated- Check out Sapiens,Its undoubtedly the best book I have come across.The book set I bought (Sapiens and Homo Deus) at a low price is available at  Amazon.Do check it out.

2 replies on “Luftwaffe and The Big Ben”

[…] More than 30 countries have closed their airspace for Russian airplanes, leaving the Russian tourists stranded with no way to go home. The biggest Airplane manufacturers like Airbus and Boeing have halted the supply of aircraft parts to Russian airlines. […]

Throughout the great pattern of things you actually get an A+ with regard to hard work. Where exactly you confused us was first in your details. You know, it is said, details make or break the argument.. And that couldn’t be much more accurate here. Having said that, let me reveal to you what did do the job. Your article (parts of it) is certainly rather persuasive which is most likely the reason why I am taking an effort to opine. I do not make it a regular habit of doing that. Second, although I can certainly see the jumps in reason you make, I am not convinced of how you seem to connect your points which inturn make the conclusion. For now I shall subscribe to your point however wish in the near future you actually connect the dots better.