TEDDY BEAR AND THE AMERICAN PRESIDENT 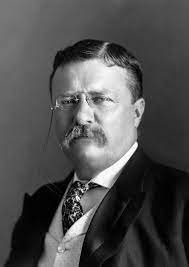 Theodore Roosevelt Jr., often referred to as Teddy or his initials T. R., was an American statesman, conservationist, naturalist, historian, and writer, who served as the 26th  President of the United States from 1901 to 1909.

Roosevelt was also the first President to win a Nobel Peace Prize.

In 1902, President Roosevelt participated in a bear-hunting trip in Mississippi. During the
trip,the guides clubbed a bear and tied it to a tree then invited the president to shoot it.
Instead of shooting the tied bear, Roosevelt  declared the behavior of the other hunters “unsportsmanlike” and refused to shoot the bear.The news of “The President not shooting the bear’ became a senstional news and spread across the country.
Many newspapers around the country featured political cartoons starring “Teddy” and “the bear.” 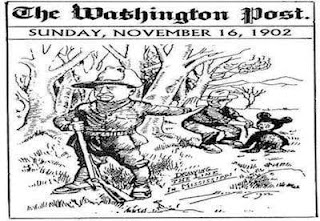 This news reached to a shop owner named Morris Michtom in New York who saw one of the cartoons and had an idea. Michtom and his wife created soft and plush stuffed bears and placed them in the front window of their shop.

With the permission from Roosevelt, Michtom named the bears “Teddy bears.” Hence came the name “Teddy Bears”.They went on to become a massive success. 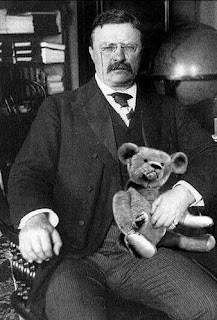 Image-Teddy with a Teddy
Read about – Luftwaffe and The Big Ben
Read about – Stalin and The Chicken
JOIN OUR TELEGRAM CHANNEL,FOR DISCUSSIONS AND NEW POSTS!-
LOST IN HISTORY CHANNEL