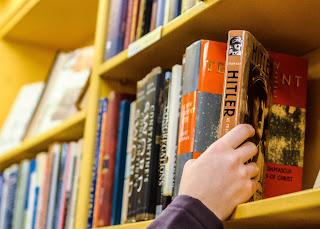 Hitler was just another unknown ordinary person in Germany in the 1920’s.Fast forward to 10 years, He became a full blown Dictator.

The Rise Of Hitler was slow and steady and was not an overnight receiving of power.

This Article has been divided into two Parts.

PART ONE (The Initial Rise to Power)

Germany looses WW1. Germany lost 3 million Germans due to the war. The country was forced to be a republic instead of a monarchy. The Germans could barely even see through the shambles the country was now in.

What was more humiliating was the Treaty Of Versailles not only blamed Germany for the war, But also demanded a heavy sum in the form of reparations (132 billion gold marks, or about $269 billion today.)

As I mentioned earlier, Germany was turned down into a Republic. This gave extreme powers to the president.

Hitler was serving the Army at this point of time .His current job was to spy the Germans Workers Party. Soon He becomes interested in the party (Because it was Anti-Communist + Anti-Capitalist+ Anti-Jewish) and joins it.

Hitler is now becoming increasingly famous in the Party. Mostly because of his excellent oration skills.

The Party is now renamed to Nationalist German Workers Party (NSDAP) or more (in)famously known as the Nazi Party.

Hitler Designed the logo inspired from the auspicious Hindu sign, The Swastika.

Adolf Hitler is elected Vorsitzender (chairman) of the NSDAP with only one dissenting vote. NSDAP party membership was recorded at only 3,300.But soon it would rise manifold.

At this point of time,The Inflation of Germany Skyrocketed to trillions due to external and internal pressures.

Children made pyramids and played with the currency as it had no value to anyone.

In the other side of Europe a new force in the name of Benito Mussolini emerged. Hitler gets inspired by Mussolini as he too was an extreme nationalist.

READ ABOUT STALIN AND THE CHICKEN

Inflation becomes so bad that the Government fails to pay reparations to the Allies.

On the 9 January 1923, in response to the lack of payment of reparations, France and Belgium invaded the Ruhr.

The Ruhr was a region of Germany which contained resources such as factories. The French and Belgians intended to use these resources to make up for the unpaid reparations.

This was a massive humiliation for the Germans.

As Of now Hitler gets hold of the feelings of the German anger, Gets inspired by Mussolini and see the Economy in Shambles.

This was the perfect moment for him to rise to power.

This was the initial rise of Hitler.

THE RISE OF HITLER (PART TWO)

On November 8–9, 1923, Adolf Hitler and the Nazi Party led a coalition group in an attempt to overthrow the German government. The plotters hoped to march on Berlin to launch a national revolution.

But their plan failed miserably.

Hitler was convicted of treason and sentenced to five years in prison. He spent less than a year behind bars, during which time he dictated “Mein Kampf,” his political autobiography.

READ ABOUT GANDHI’S LETTER’S TO HITLER

The putsch was a massive failure but Hitler’s Trial turned him into a National Figure.

On 4th May, The NSDAP contests the Reichstag elections for the first time, winning a total of 24 seats. Not enough to be a powerful force, But it was good enough nonetheless.

Hitler declares the reformulation of the Nazi Party (NSDAP) with himself as leader (Führer). He makes the declaration at the Bürgerbräukeller in Munich, the beer hall where he led his aborted coup against the democratically elected government in 1923.

ALSO CHECK-LUFTWAFFE AND THE BIG BEN

By the beginning of 1926, Hitler had overcome any remaining rivals within the Nazi Party and assumed the title of supreme leader. Ideological differences and infighting between factions of the Nazi Party were resolved by Hitler through his considerable powers of personal oratory skills.

Official films for the rallies began in 1927, with the establishment of the NSDAP (Nazi Party) film office.

Nazi’s fail miserably in the elections by just tallying 12 seats.

End Of Nazism and Hitler?

You know it’s not.

READ ABOUT THE MOST CRUEL NAZI.

Josef Goebbels is appointed head of the NSDAP propaganda department. Another Reichstag election sees a dramatic boost in NSDAP seats, from 14 to 107.

All thanks to Propaganda.

READ ABOUT THE PROPAGANDA POSTER’S USED BY NAZI’S

Germans are extremely angry with the Government.

And as we know extreme ideology parties(left or right) grow in these conditions.

Nazis Fight hard, But Hidenburg Becomes the president again. But this time Hitler garnered almost 355 of the votes polled.

No government can be formed because of unstable coalition and hence no cabinet.

Lack of national unity and unstable Cabinet made The president Hidenburg to make Hitler The Chancellor Of Weimar Republic.

Hidenburg hated Hitler, But he did this for National Unity.

READ ABOUT NIETZCHE AND HITLER

The Reichstag fire was an arson attack on the Reichstag building, home of the German parliament in Berlin, on Monday 27 February 1933, precisely four weeks after Adolf Hitler was sworn in as Chancellor of Germany.

Hitler blamed it on the communists and persuaded the president to suspend civil rights(yes the president had such a huge power)to maintain stability.

On March, The Nazis accumulate 44% of the Votes, Not enough to form a government, But they became the largest voted party.

With Coalitions, They form the Government.

The Enabling Act allowed the Reich government to issue laws without the consent of Germany’s parliament, laying the foundation for the complete Nazification of German society.

On 14 July 1933 Germany became a one-party state decreeing the Nazi Party to be the sole legal party in Germany.

All other parties were made illegal.This was the point where Hitler held all the powers.

This was the point Germany fell under Dictatorship.

What followed were the greatest crimes in Modern Human History.