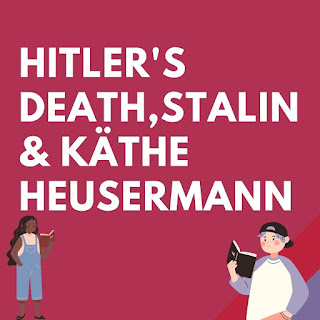 While we often talk about many characters in the WW2,There are some people like Käthe Heusermann who requires some light into her life.Let us try to know more about Käthe Heusermann so that she never falls behind the shadows and be lost on history forever.

1945,May 1.
The battle by the Soviet’s is bearing fruits, They have almost succeeded in capturing Berlin as the Germans have still not surrendered.
Soon they reach the Fuhrer’s bunker ,Their main goal was to capture Hitler himself. USSR knew Hitler was the main fish to catch.
But the soldiers of the Soviet Union could see just 6 Children’s dead bodies.
Dead Bodies of 5 little girls and a small Boy. They were  the children of Joseph Goebbels ,the  Nazi Propaganda Minister.
Also read:Propaganda Posters Made By Nazi’s
Soon Goebbels body was also found.
But Where was Hitler’s body?
Hitler’s body was burned already due to Petrol. Only the teeth became the most important way to identify the remains. It was almost impossible to recognize Hitler’s body
But 2 woman made it possible to identify Hitler’s remains.
One was Elena Kagan who was a Russian Jew .(She later changed her name to Elena Rzhevskaya)
She was appointed by the Soviets for her skills with the German language.

Hitler’s gold bridge and lower jaw were put in a box and given to Elena for safekeeping mostly because she was trustworthy. 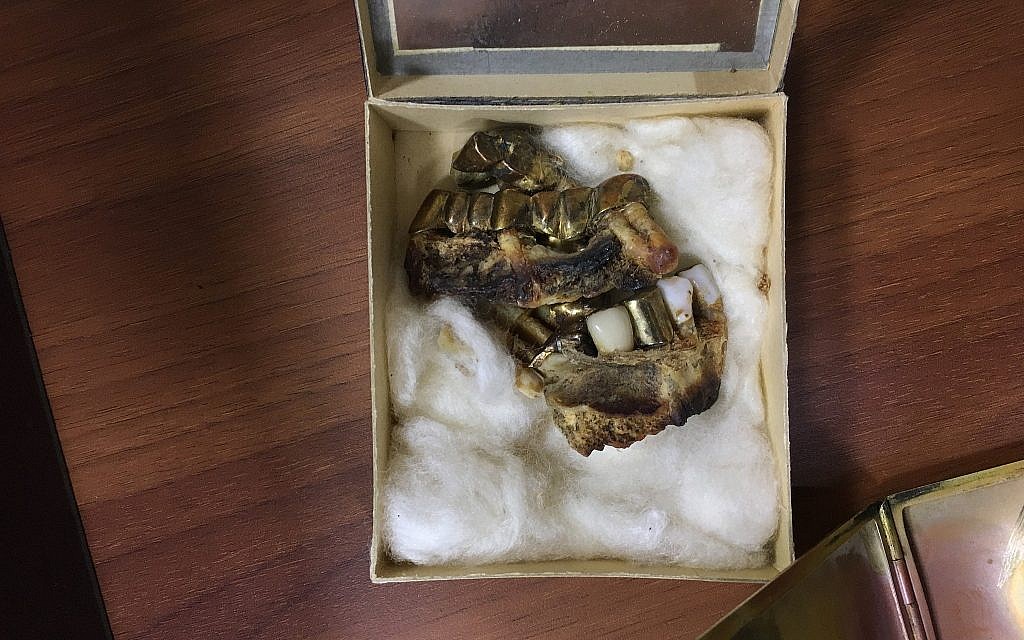 Elena Rzhevskaya was just 25 years old in  1945 when she carried a box of the Nazi dictator’s teeth around war-torn Berlin in search of an expert who could confirm that the teeth had belonged to Hitler.

The team comprising of USSR officers and Elena herself tracked down Hitler’s personal dentist, Dr. Hugo Blaschke and his assistant, Käthe Heusermann.

Hitler’s persona dentist Hugo Blaschke was not available at that time,So Kathe Heusermann was interviewed many times because she was present at all times when Hitler visited the clinic.

She was able to identify Hitler from his teeth because he had had extensive dental work.

(By the end of his life, Hitler had very few of his own teeth left, and most of them had crowns. The remaining teeth were prosthetic and were held together with bridges.)

Read about The 14 Human Species that lived on earth

She was made to draw the sketch on how Hitler’s teeth looked.

The drawings perfectly matched to the tooth remains Elena had. 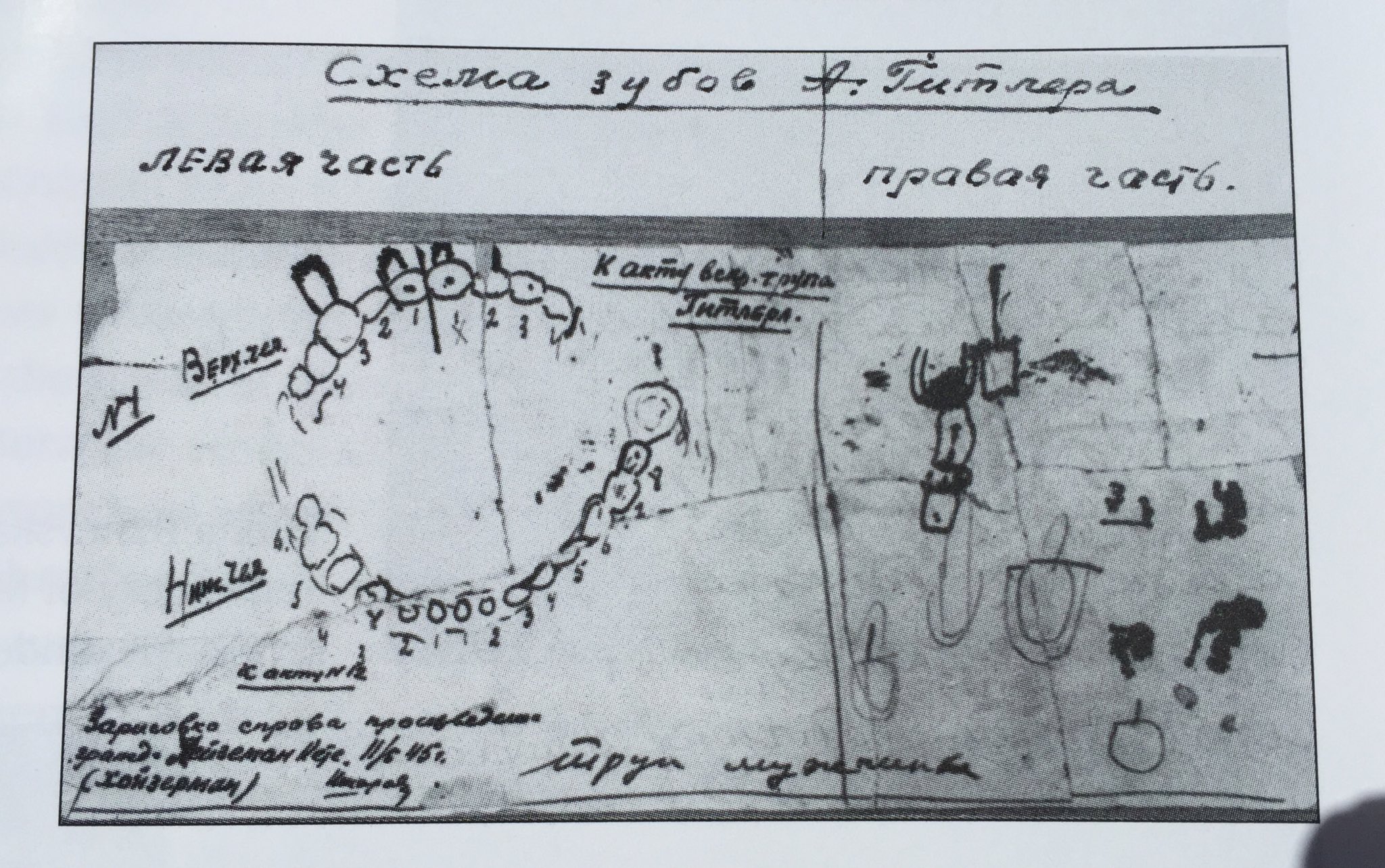 The sketch of Hitler‘s teeth, drawn from memory by dental assistant Käthe Heusermann,
The above image was taken from Yelena Rzhevskaya’s book Memoirs of a Wartime Interpreter: From the Battle for Moscow to Hitler’s Bunker.

Stalin  never disclosed the death of Hitler to the Allies.

He never disclosed it because he never trusted the West in the first place.

Moreover, A secret is always advantageous. Stalin knew what other major leaders of the globe at that time did not know.

And hence Soviet leader Joseph Stalin decided that Hitler’s suicide and the story about how his body was discovered should be a military secret.

In Elena Rzhevskaya memoirs, she writes: “I was absolutely convinced that we, along with all gathered information and key witnesses, will be sent to Moscow”. “I was sure that in a few days, the whole world will know that we had found Hitler’s corpse”.

However, Stalin decided otherwise. Viktor Abakumov, the chief of SMERSH, later told Gorbushin that Stalin became familiar with the circumstances of the case and decided not to publicize anything. “We remain in capitalist encirclement,” he stated. Rzhevskaya and the other collaborators were told by Gorbushin: “Forget what you just heard”.

Read About Hitler and his love for Blondi the dog.

Hence Käthe Heusermann was deported to the Soviet Union in July, 1945, and after interrogation in Lubyanka and Lefortovo prisons, she was sentenced to ten years imprisonment.

According to the decision of the court: “… by her participation in Hitler’s dental treatment, she voluntarily helped a bourgeois state prolong the war“.

Käthe Heusermann was sent to the gulag, where she spent 10 years, including six years in solitary confinement.

Why was she sent to the Gulags?

Her fault was that she was a witness of Hitler’s death and that was a secret.As written above ,Stalin did not want the truth that Hitler died to be let out in the world.

The Soviets also told her that by helping to fix Hitler’s teeth she contributed to the continuation of the war, and that she should have hit him on the head with a bottle.

But the reason for sending Käthe Heusermann to the Gulags was,as written above, The secret should be protected at all costs.

The Gulag life was a hell for Käthe Heusermann like everyone else.

She was loaded into a cattle truck for the 2,800-mile trip to a labor camp in central Siberia.

Years in solitary made Käthe Heusermann too weak to meet her work quota and therefore her food rations were cut. She got food only during the mid-days.

By 1955, Stalin had died and West Germany negotiated the return of

Her soldier fiancé had married in her absence. She went back into dentistry and died in 1993. 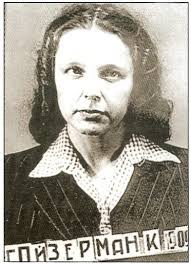 Elena Rzhevskaya published several books about her wartime experiences. But it took her 50 years of research in the USSR’s secret archives to uncover the monstrous truth of what her nation had done to her star witness — Käthe Heusermann and to reveal that Stalin had deliberately hidden the proof of Hitler’s death.

Elena in her book Memoirs of a Wartime Interpreter: From the Battle for Moscow to Hitler’s Bunker quotes “If we had not found Käthe … Hitler, as Stalin wanted, would have remained a myth and a mystery,” .“But what suffering we had unwittingly doomed Käthe Heusermann to endure.”

Read about how French Revolution is still relevant

Käthe Heusermann had to suffer for years in prison,Lost her Husband and almost died in the Gulags.

On the other hand Elena Rzhevskaya resided in Moscow where she continued her career as a writer. She was allowed to publish her memoirs in the 1960s. In 2018 Greenhill Books published the first English language edition of her memoirs. 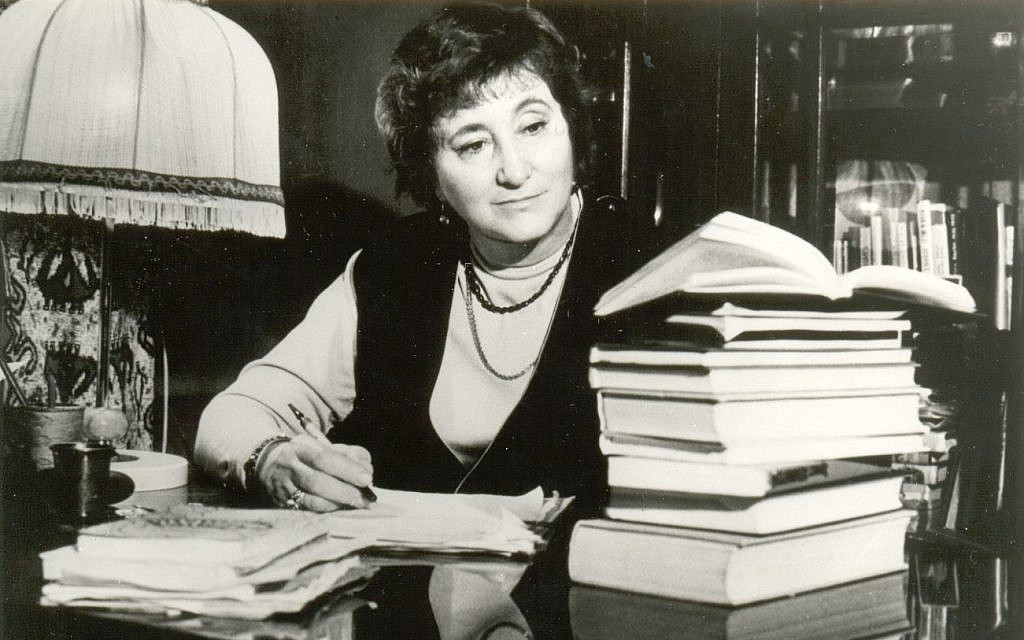 Yelena Rzhevskaya’s book Memoirs of a Wartime Interpreter: From the Battle for Moscow to Hitler’s Bunker.

READ ABOUT: THE RISE OF HITLER TO POWER-A TIMELINE