HITLER AND HIS DOG BLONDI

Hitler was informed that the soviets are fast approaching to their area. Since then he made plans to kill himself .He didn’t want to leave the dog alive to the soviets.

When Hitler decided to kill himself using cynide capsules, He wanted to check it’s effectiveness. For this he first tested it on his dog Blondi and the dog died as a result.

Since then Hitler became completely inconsolable.

Hitler was so obsessed with his Dog that the Fuhrer would allow Blondi to sleep in his bed, and kept her with him almost all the time from 1941 to 1945.

It is said that Hitler loved his dog Blondi more than his mistress Eva Braun. (Eva Braun’s close aides have reported to have seen her kicking the dog when Hitler was not around) 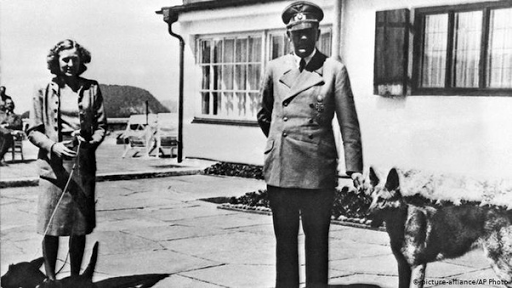 Nazis already had an affinity towards animals.

Read How Hitlers death was confirmed

Nazi’s and their love for Animals

On 1934, The Reich Hunting Law was enacted which limited hunting. The act also created the German Hunting Society with a mission to educate the hunting community in ethical hunting.

Nazi Germany was also the first state in the world to place the wolf under protection.

In Nazi Germany, people who mistreated their pets could be sentenced to two years in jail. The Nazis banned docking the ears and tails of dogs without anesthesia.

Fun Fact: The current animal welfare laws in Germany were initially introduced by the Nazis.

Check out the Summary of Sapiens-A brief History of Humankind

Hitler was said to be a vegetarian throughout his life, There is no real reason to why he became a vegetarian. (maybe because he hated killing, lol).

In 1942, he self-identified as a vegetarian (Some modern-day analyses have speculated that Hitler’s vegetarianism may have been for health reasons)

He prohibited boiling of lobsters and crabs. In one incident, he sent a fisherman to a concentration camp for cutting up a bait frog.

Read about What if Hitler was alive today?

Nazi Germany enacted another law called Reich Animal Protection Act. This law prohibited the use of animals for film-making or any such activities which could cause mental or physical pain to animals.

In 1936, a special law was passed regarding the correct way of dispatching lobsters and crabs and thus mitigating their painful deaths.

When the Nazi’s were busy killing Jew’s in the concentration camp’s, They made laws to protect the suffering of lobsters which were killed for food in Berlin hotels.