Skip to the content
HOW AN IRON DOME WORKS? 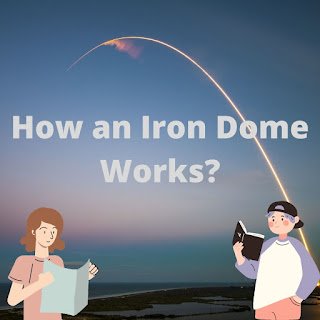 Israel and Palestine issue has been racking up on the news for several weeks now. One of the common terms trending is “The IRON DOME”.

Since its setup in 2011,It is said that more than 2400 rockets hurled towards Israel has been successfully intercepted.

Even During this present conflict almost 200 rockets fired by Hamas has been successfully destroyed by the Iron Dome.(as of May 2021).

So what is an Iron Dome and How does it work?. 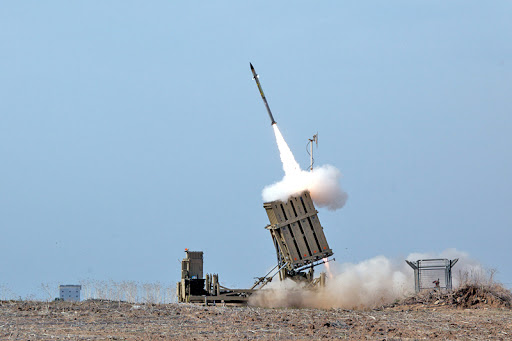 In simple terms, An Iron Dome is a mobile all-weather Air-Defense system designed to intercept and destroy short-range rockets and also artillery shells fired from distances between  4 kilometers and 70 kilometers , and to intercept the rockets fired whose trajectory would take them to Israeli populated area’s.

In this Current war-like situation between Israel and Palestine, The Iron Dome has been a lifesaver for many.

Before looking on about the Iron Dome, One piece of information everyone must know is the simple difference between a rocket and a missile.

Which one of the above image  is a rocket and which one is a missile?

The left part of the image shows the missiles and the right part the rockets fired towards the city.

The rockets move in a uniform path, That’s what rockets are meant to do, But the missiles sent by the Iron Dome changes it’s path in a suitable fashion to precisely reach near the rockets in order to explode an destroy them, Hence the weird path movement of the Iron Dome Missiles.

The Cost of Each of the battery is 50 million dollars and the cost per missile is 40,000 dollars. Currently there are 10 batteries deployed. 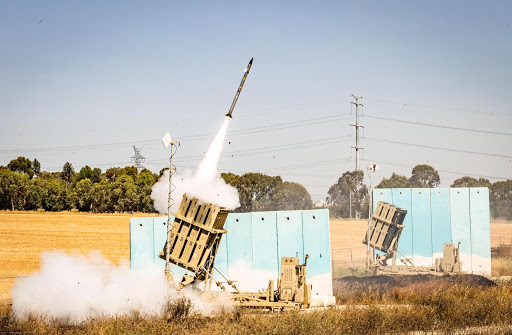 The Working of an Iron Dome

The Radar unit is an important part of the Iron Dome.  The role of Radar Unit’s is to detect Information on the Trajectory of the rockets fired by the enemy and also calculate the speed of the rocket fired.

The information received from the radar unit is sent to the control center and the control center assesses the information received and detect whether such rocket fired would hit a densely populated area or an open unhabituated area .If the rocket fired is intended to land on an open unhabituated  area, The Iron Dome ignores such rockets.

Each of the launcher contains 20 interceptor missiles.

Each of the missile fired gets constant information from the internal radar units and the control center and directs its path according to the direction in which the rocket is fired and such missiles destroys the rocket by exploding near it.

The interceptor missile tries to destroy the rocket far above the ground because farther the grounder less damage would be done to the densely populated cities below.

The Iron Dome has been a literal life saver for Israel.

What do you think about the Iron Dome?. Comment Below!

Read about Israel and Palestine; A View of Ignorance.